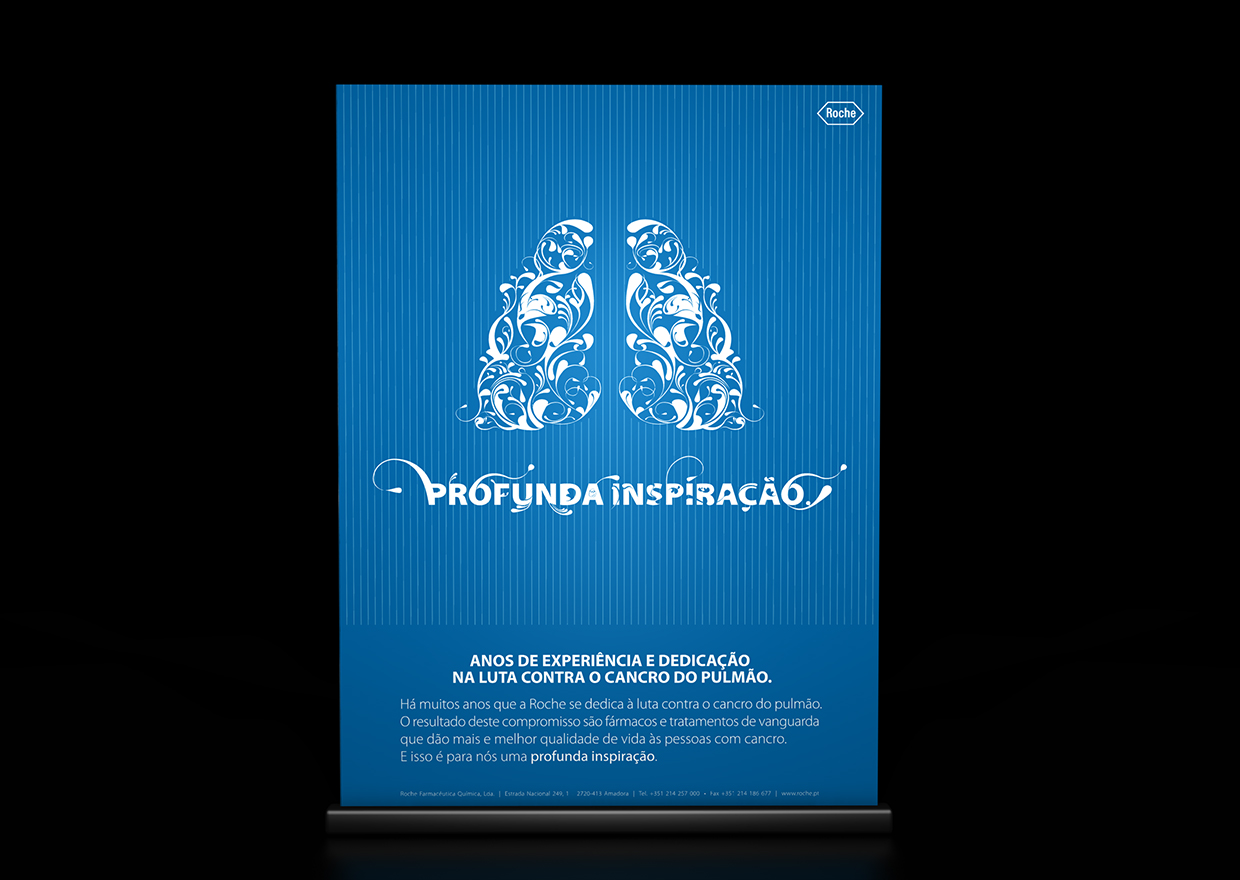 Create a branded campaign for doctors reminding them of the product benefits.

Roche is a worldwide leader in pharmaceutical treatments and research.

Previous campaigns were visually predictable (stock imagery, simple messages), and so there was an opportunity to push for a different concept: focused on the patient increased lifetime, which is exactly the 'true inspiration' for Roche. A more artistic approach on graphics and headline, by designing an lung-shaped illustration and 'scattering' the headline with the same visual language.

Both headline and body copy were done during the creative concept, without the need to team up with a copywriter.

The campaign, which started as a simple press ad, was so well received by the client that it became the core concept for the product future communication, namely marketing & events materials as well as billboards. 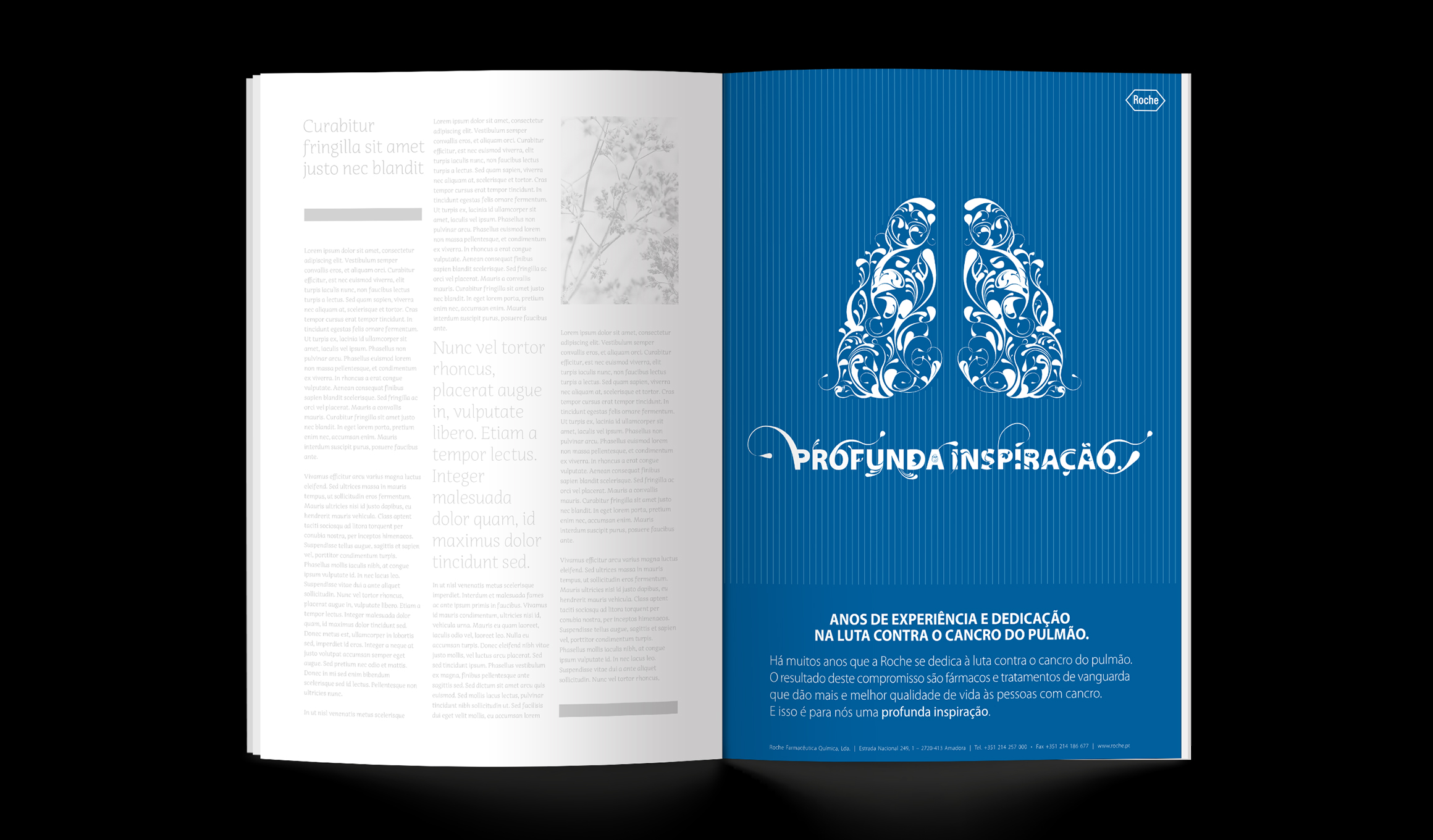 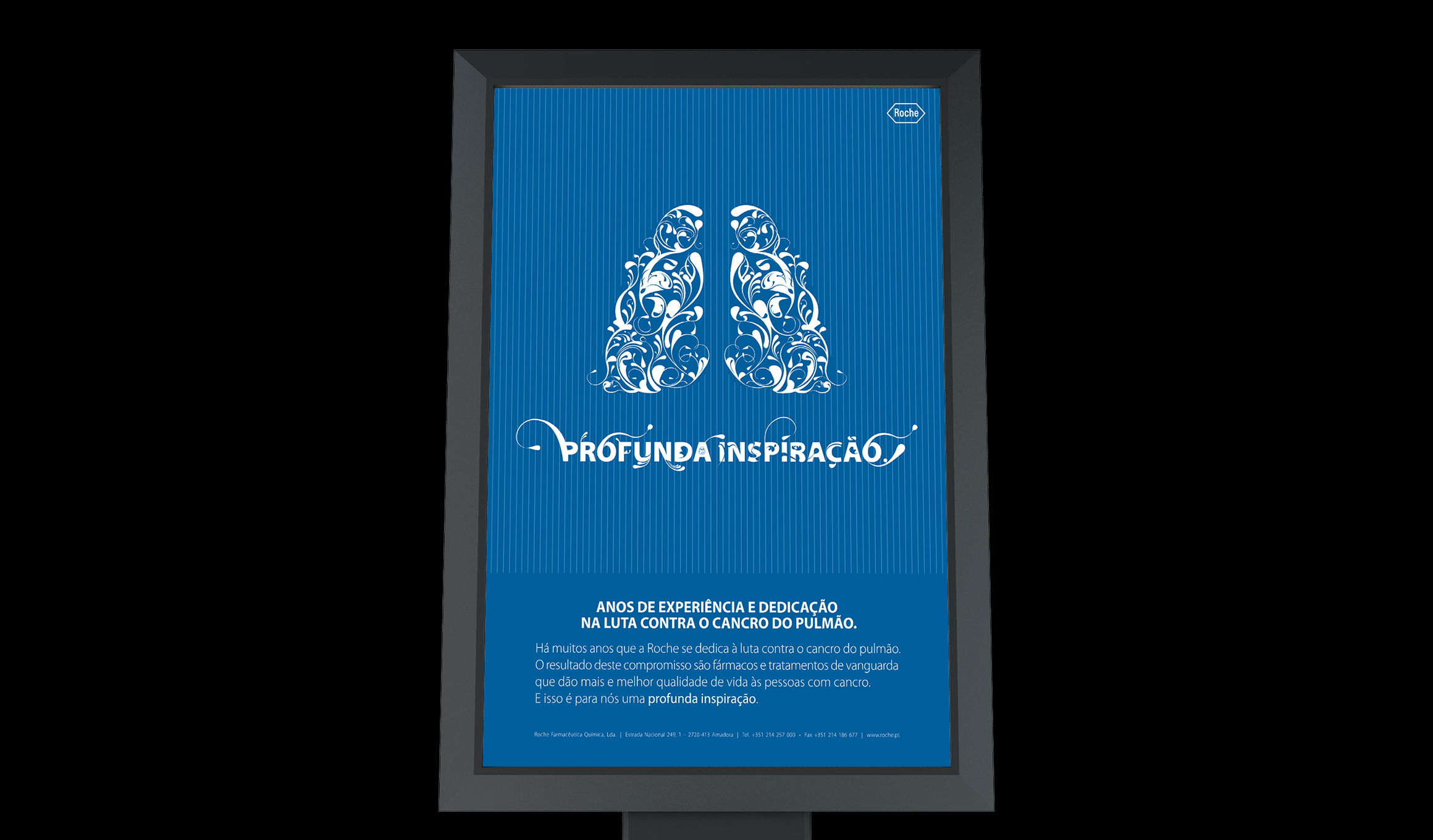 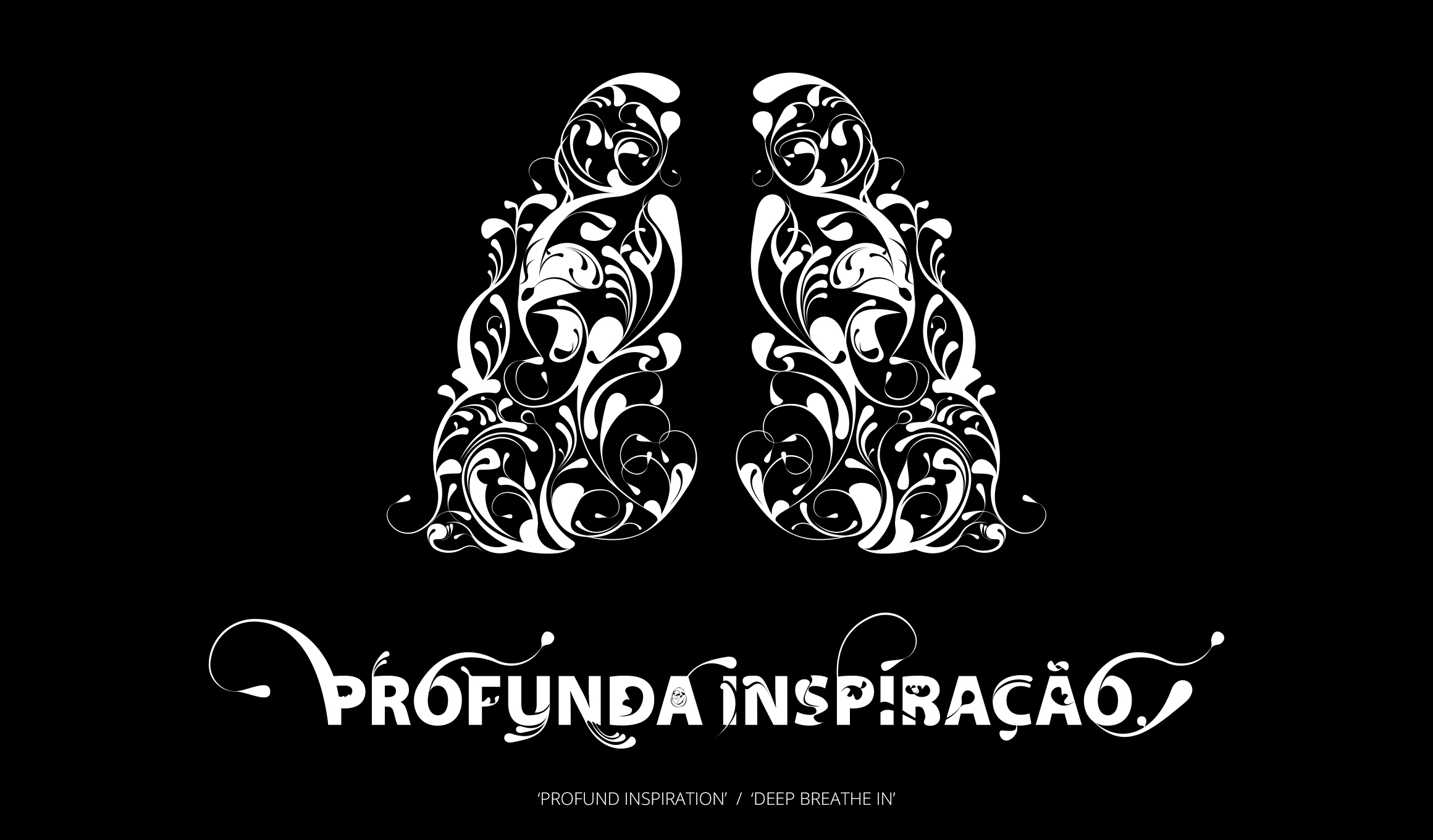