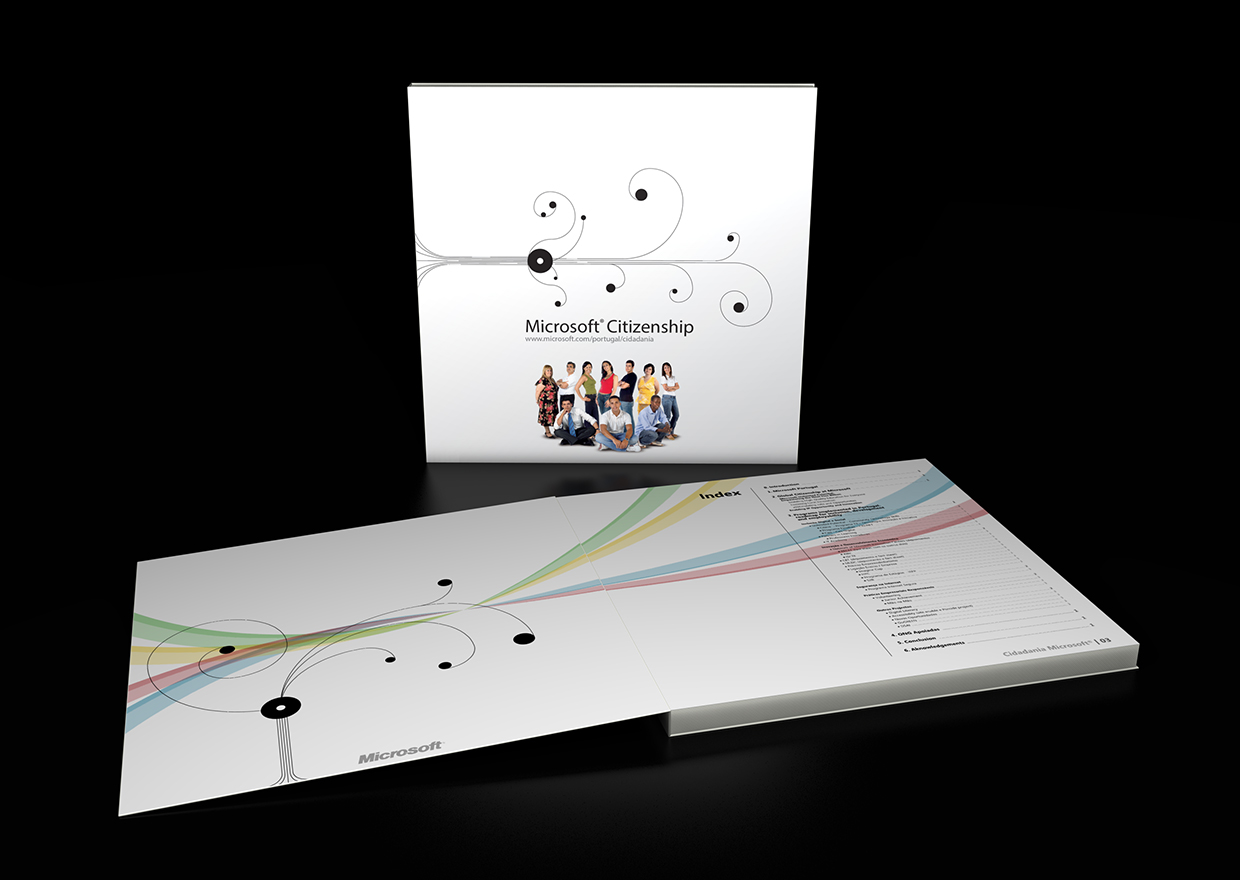 Concept design for a brochure about real people/ real life citizenship projects that the brand sponsors.

The tech giant Microsoft is present not only in daily computer products but also in local communities, providing technology to help citizenship and innovation projects.

The first step was to create some graphic element that would somehow represent diversity and at the same time the idea of growth and involvement; that's how the illustrations were born, then added colour waves (using shades of the brand main colours) to include an idea of movement and expansion. These waves were later used in different chapters of the brochure. Different illustrations were also created for each one of those chapters.

The cover, hard paper printed, included a group photo of all the real people featured in the brochure. Inside, the photos showed them individually in a relaxed way; no instructions were given regarding how they dressed and no makeup was applied during the photo shoot; as real as it could get. 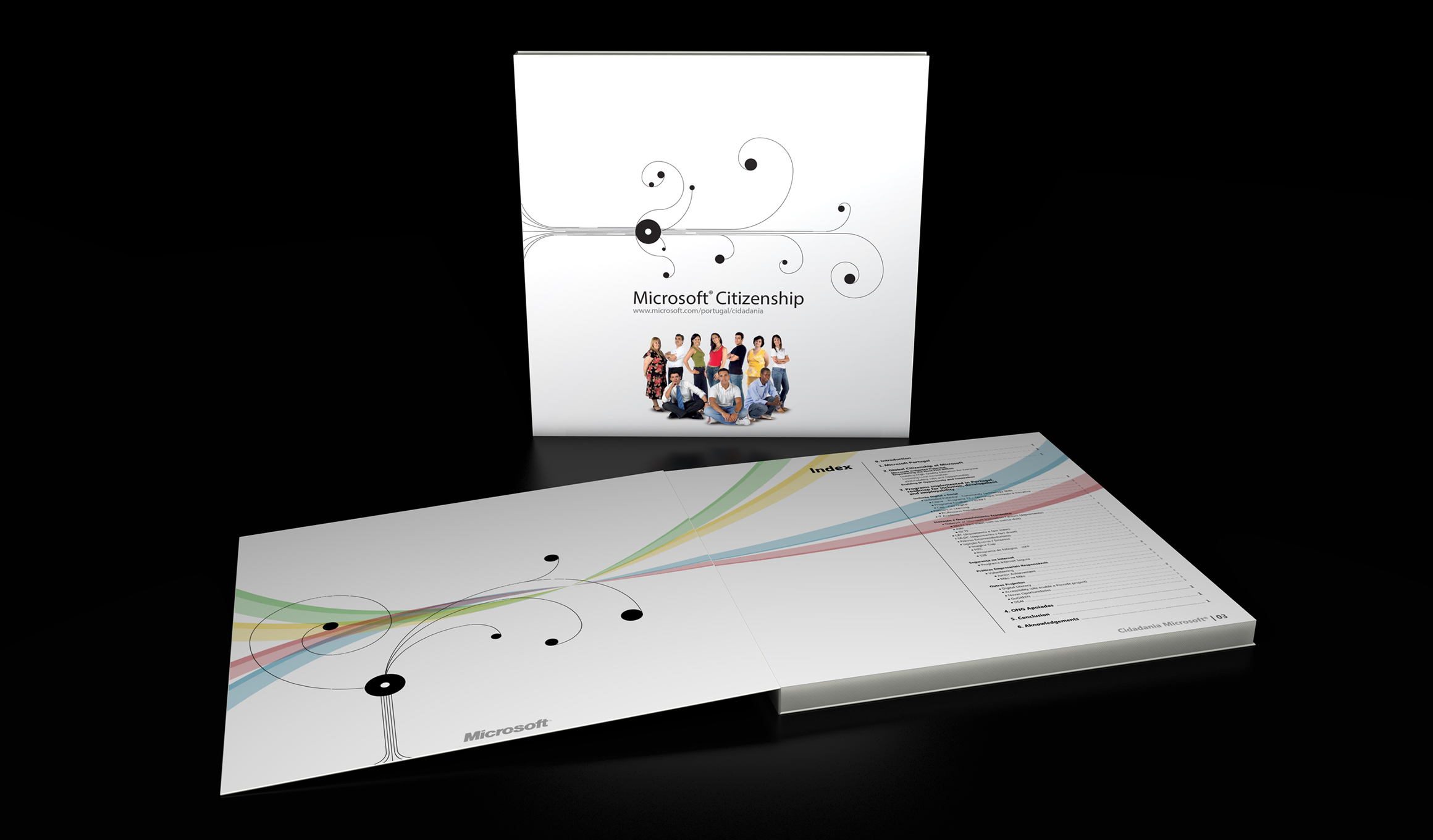 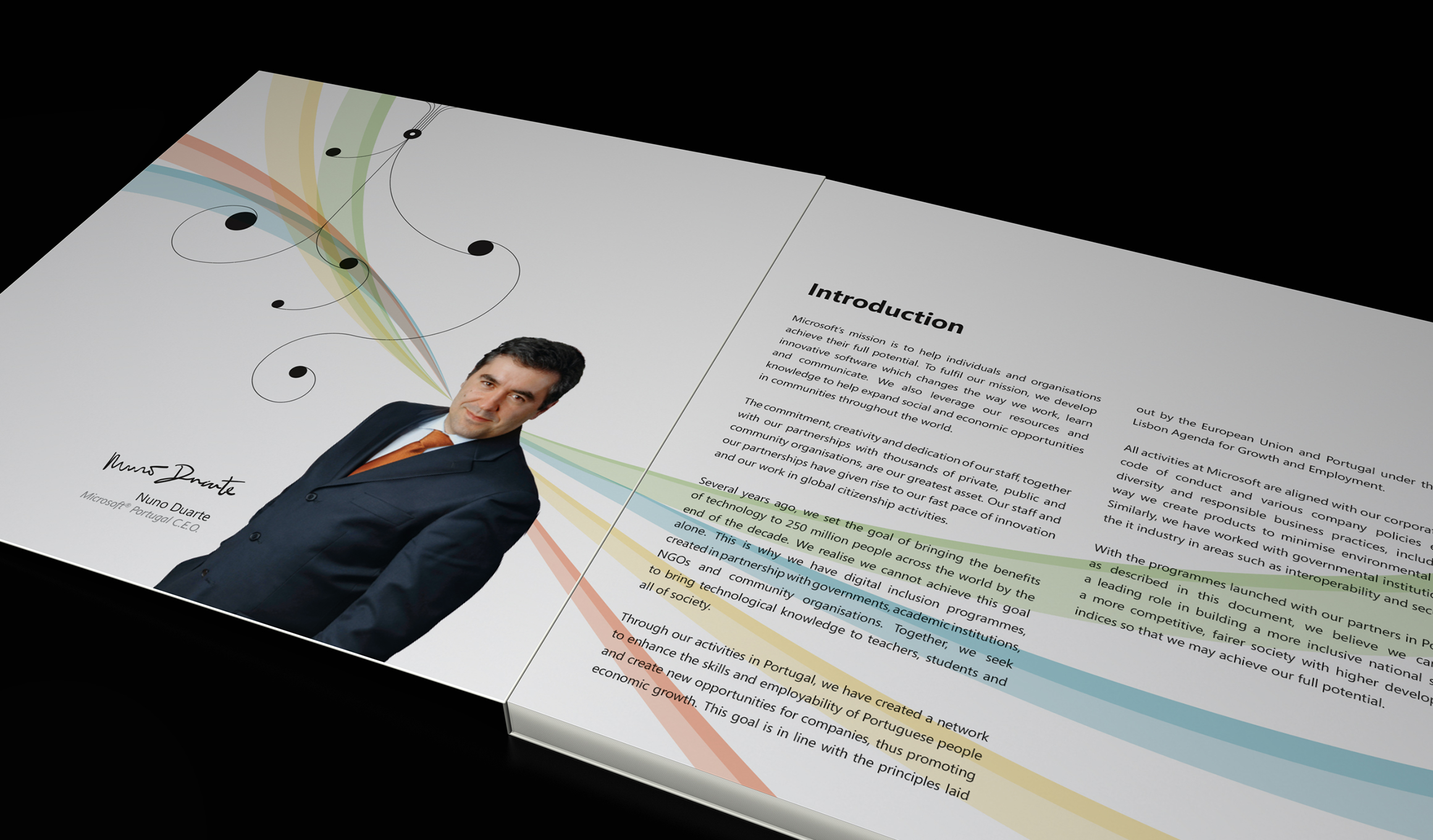 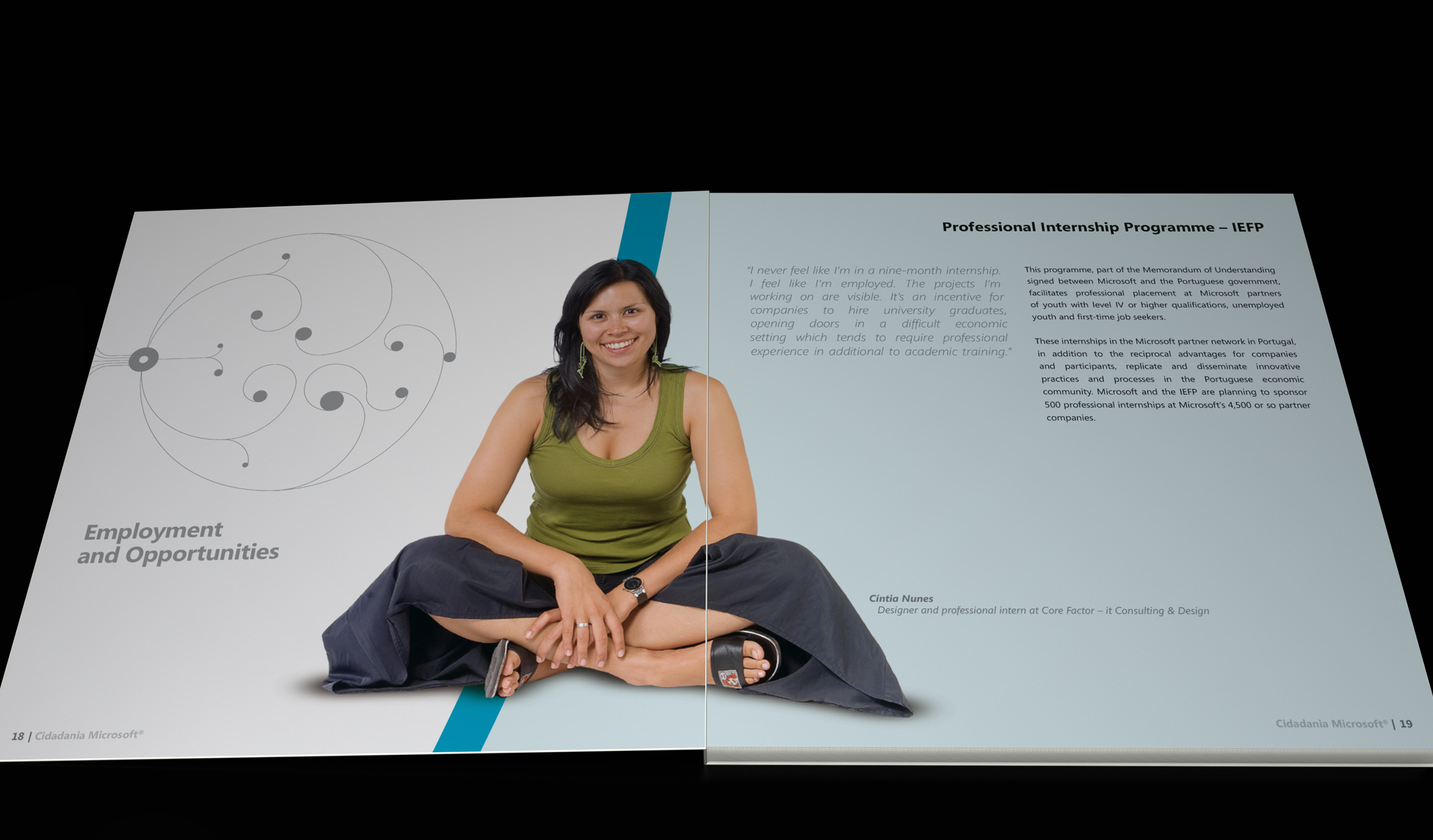