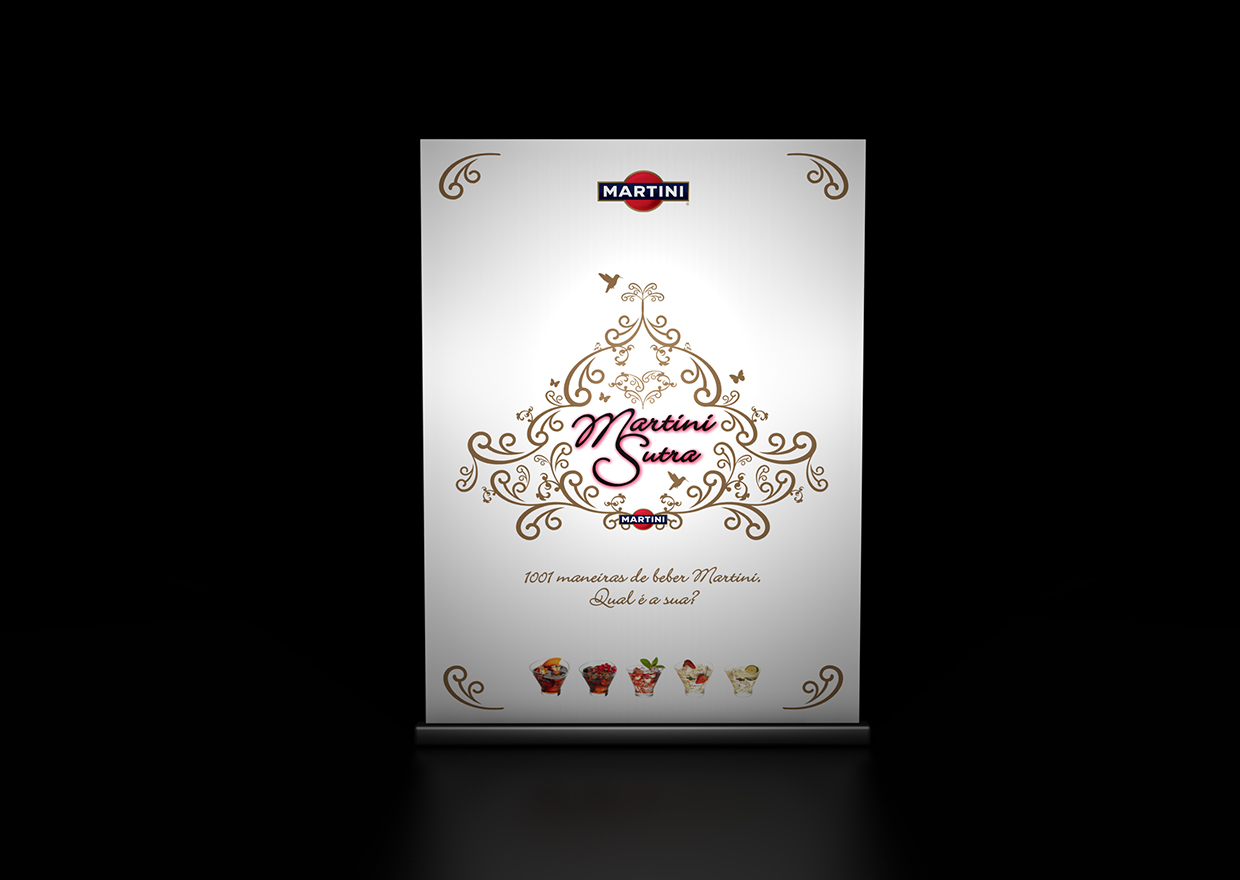 Create the key visual for a new product range, Martini Cocktails: multiple recipes created by experienced barmen for the brand.

The Martini is a cocktail made with gin and vermouth, and garnished with an olive or a lemon twist. Over the years, the Martini has become one of the best-known mixed alcoholic beverages

1001 Ways of drinking Martini is the concept for this campaign, executed in a provocative campaign identity: the Martini Sutra. The identity was created with the brand official arabesque ornaments naming appears in a neon-like style.

Mockup imagery was used in the key visuals for the cocktail photos; later, upon sign off of the concept, the project went on production, where all photos were art directed along with photographer and client to make sure  the final result would match the campaign goals. 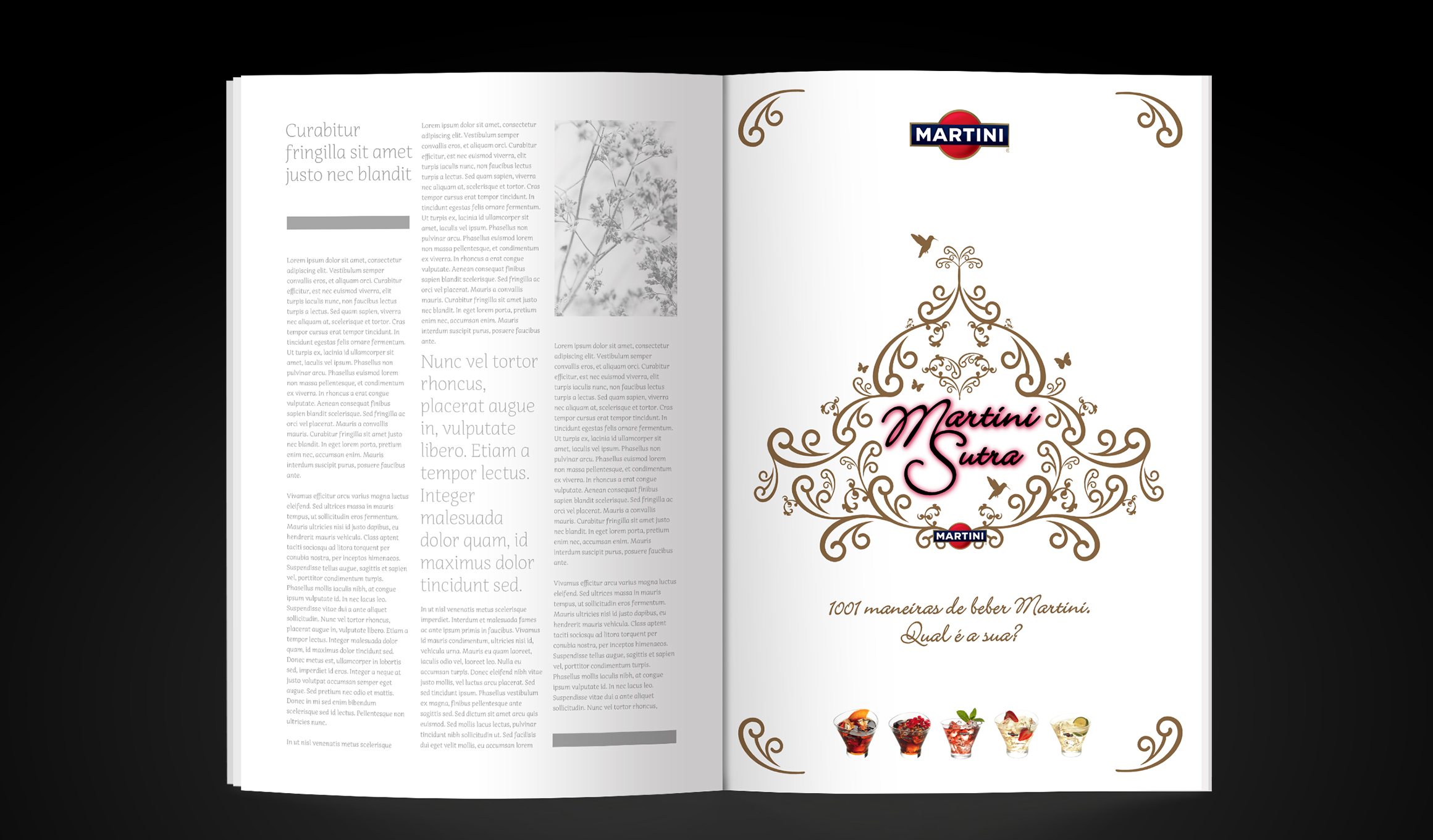 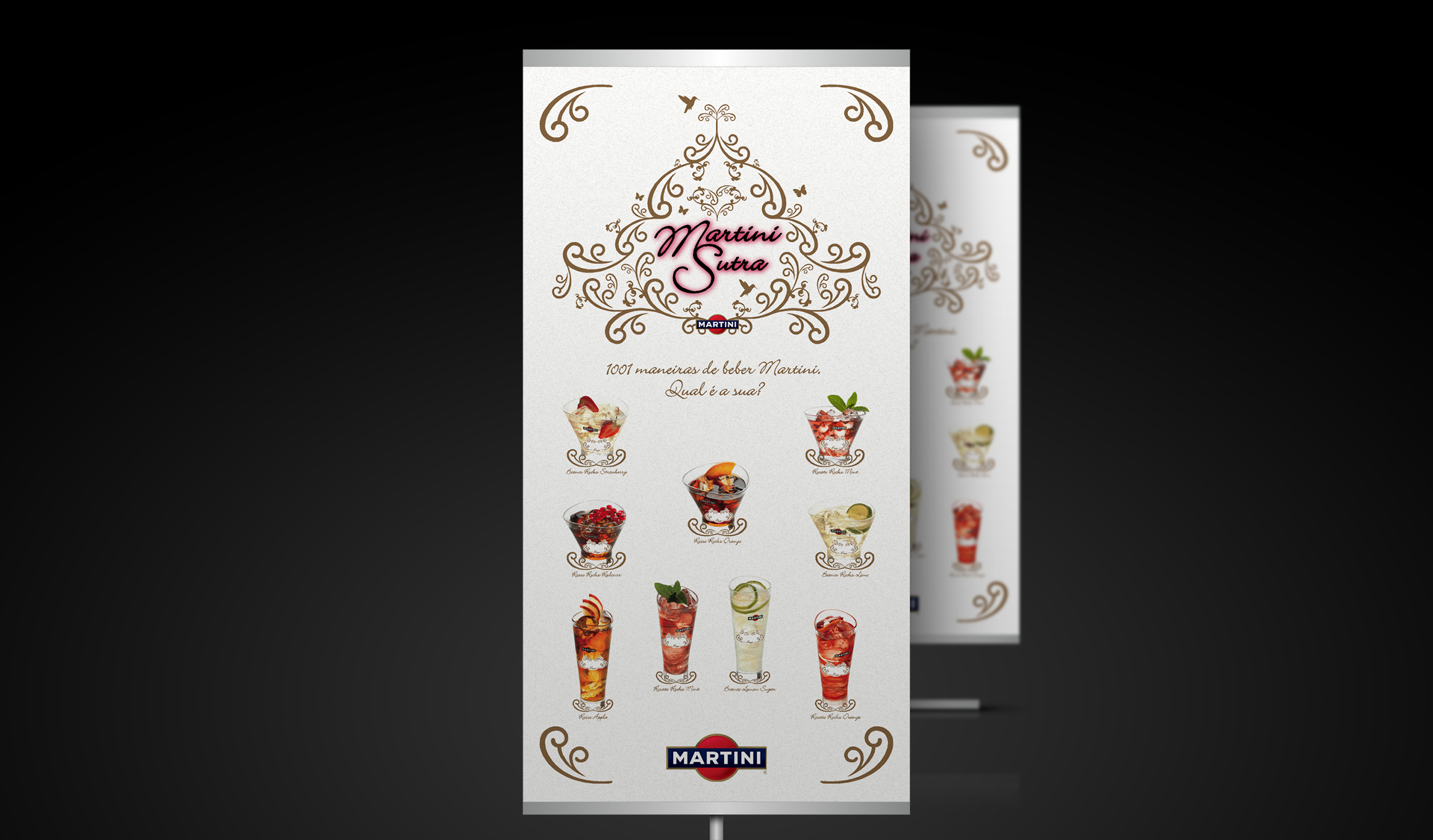 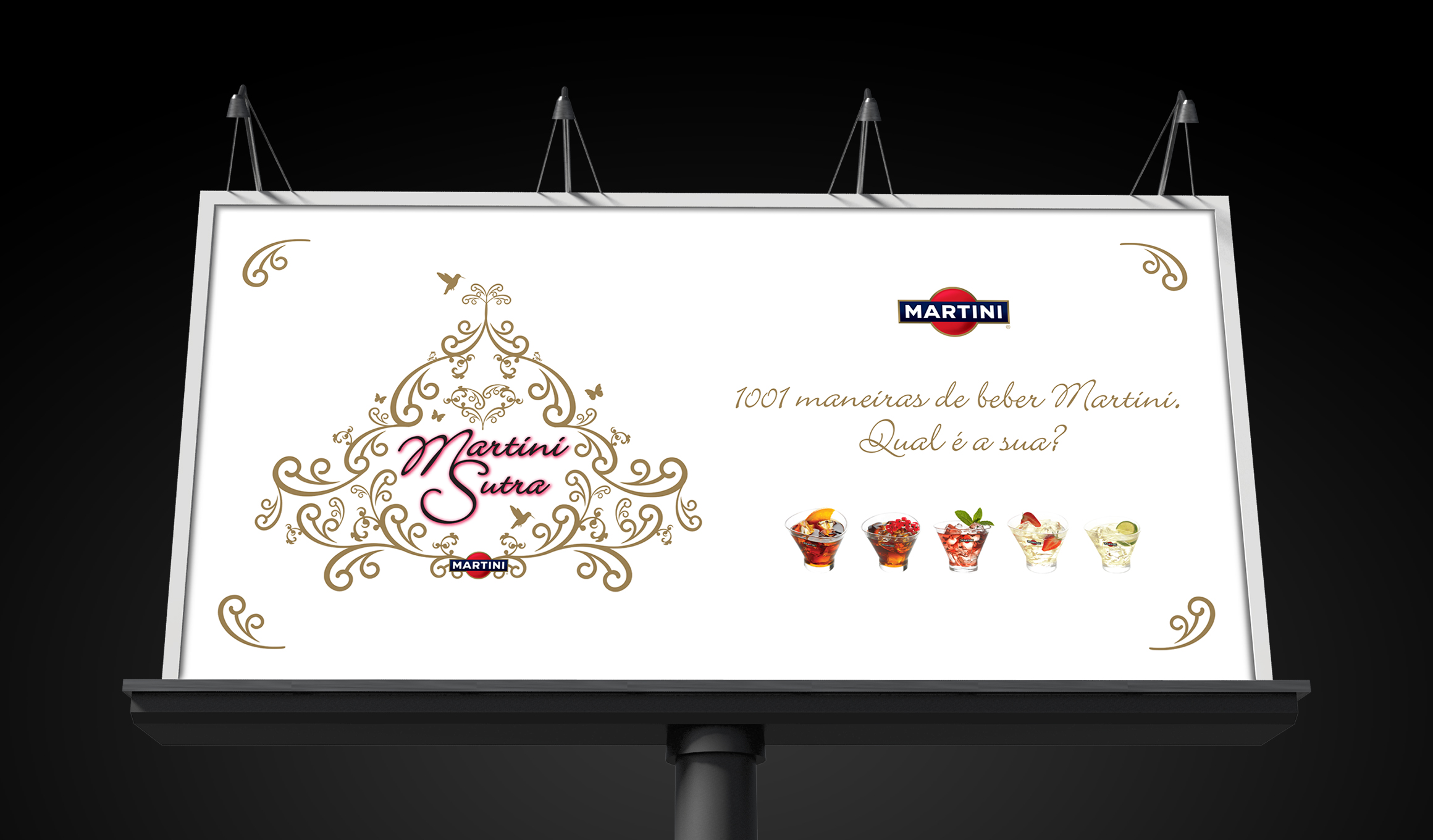