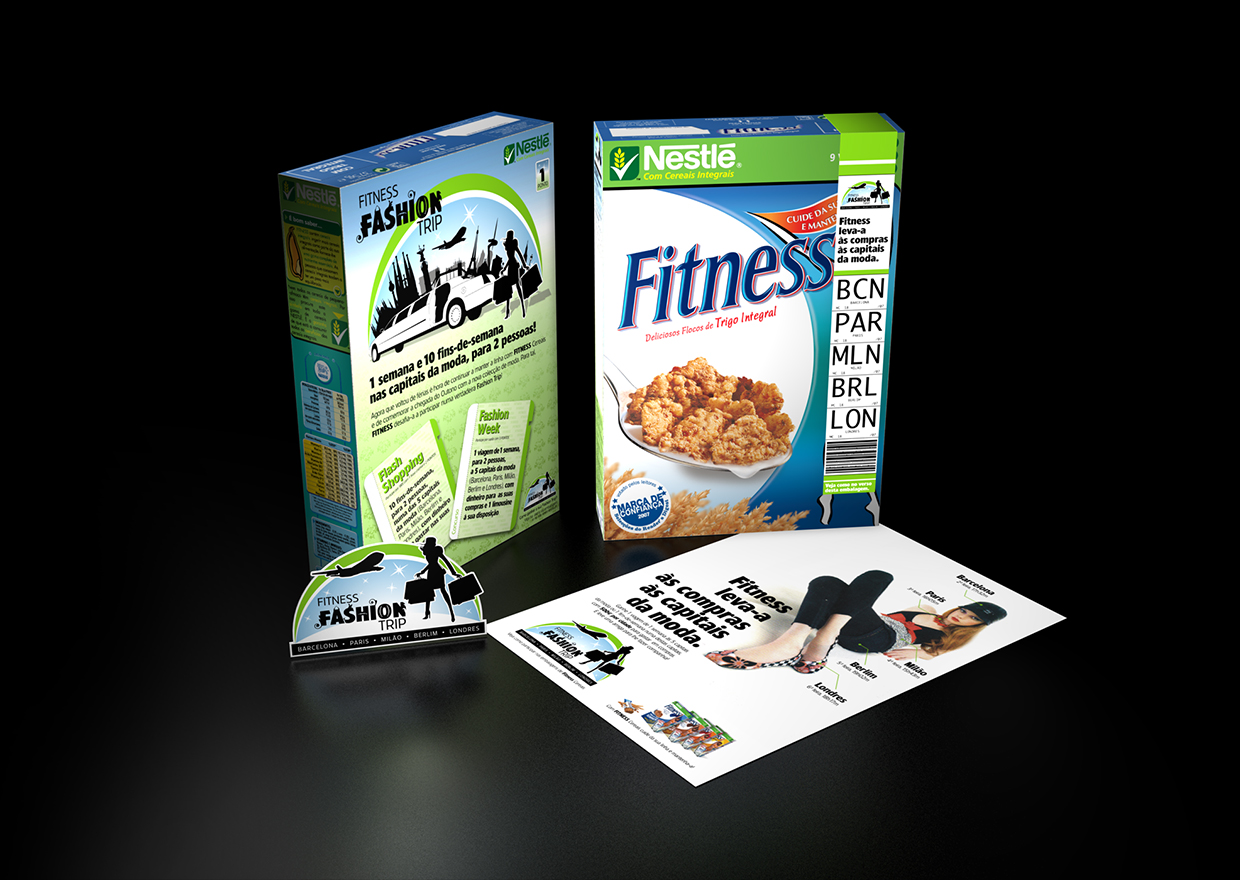 Develop a campaign that inverts sales decrease of fitness products after Summer is over (a frequent phenomena every year); target professional women that like to shop and travel.

Nestlé Fitness breakfast cereal provides a sensible, great-tasting start to the day; delicious flakes made with whole grain and important vitamins and minerals, including Calcium and Iron.

The idea for the campaign: a promotion where winners would get a trip around Europe's Fashion Capitals with a budget to spend on shopping in each city. One week circuit starting in Lisbon and ending in London, with travel, meals, transportation, etc all included.

Press ad, campaign identity and back cover of the cereal packs were created. No in store materials were created as the campaign expected hype would be enough to raise awareness, but for launch some selected retail stores had display banners and billboards with the campaign visuals. 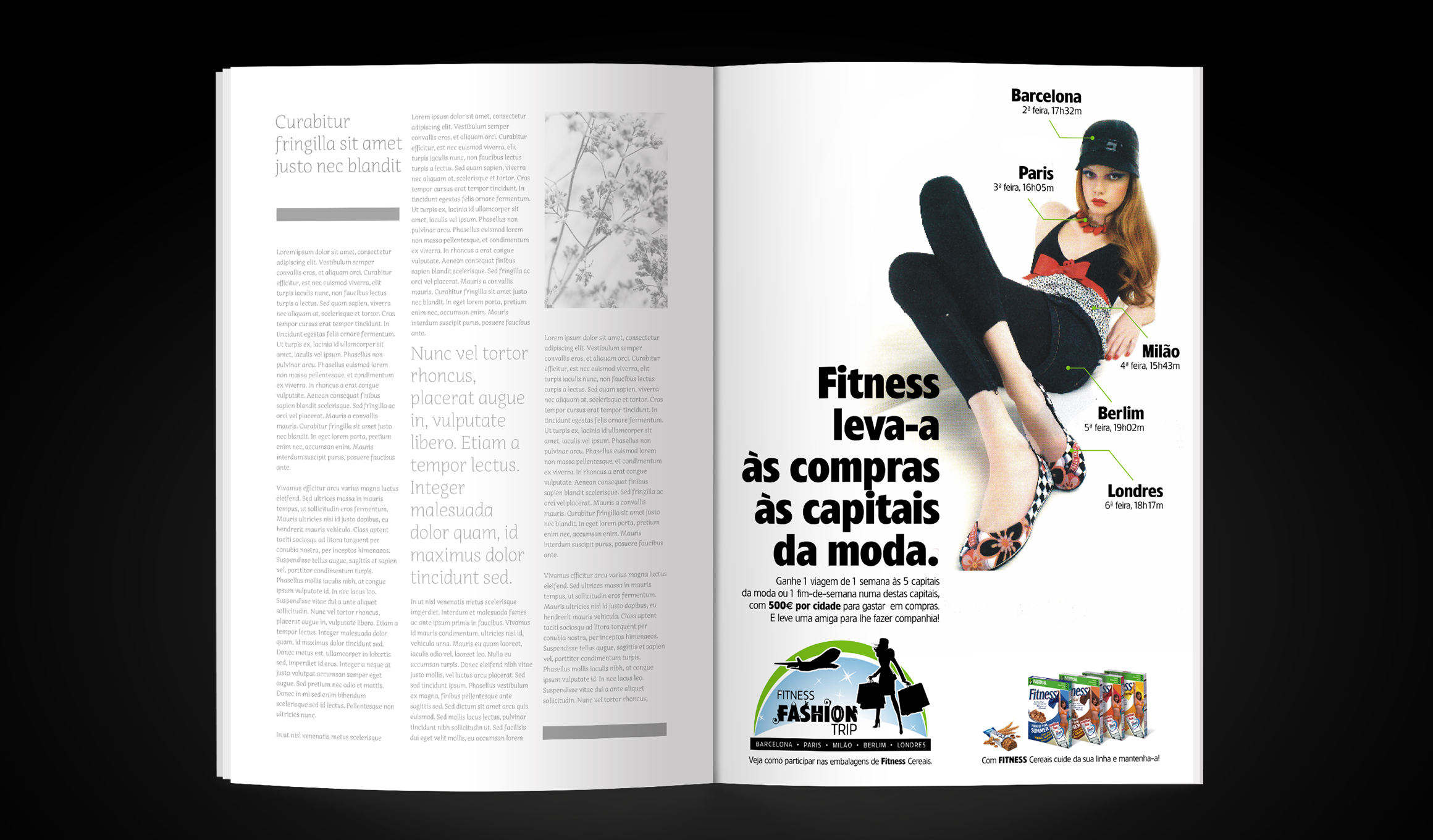 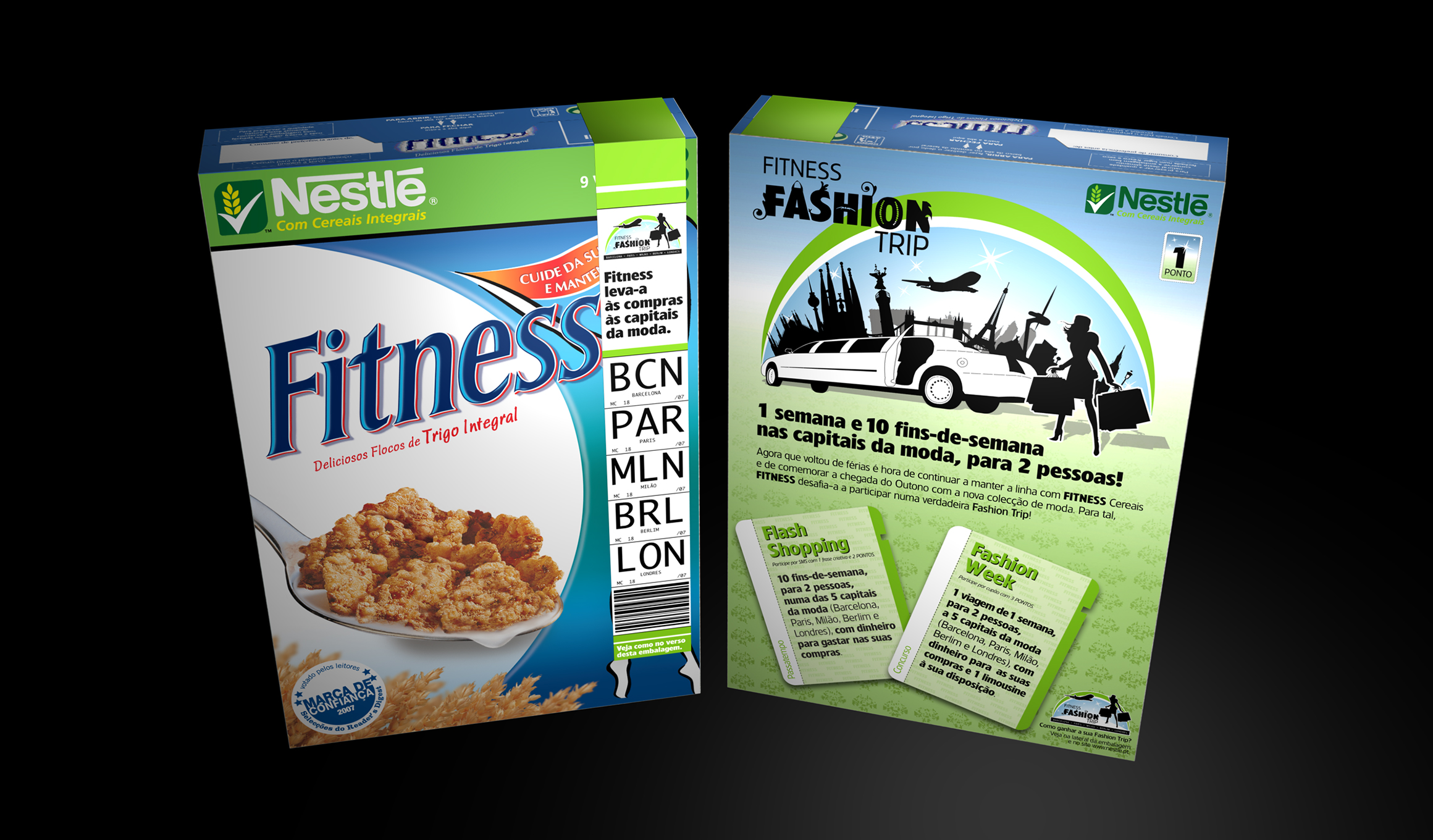 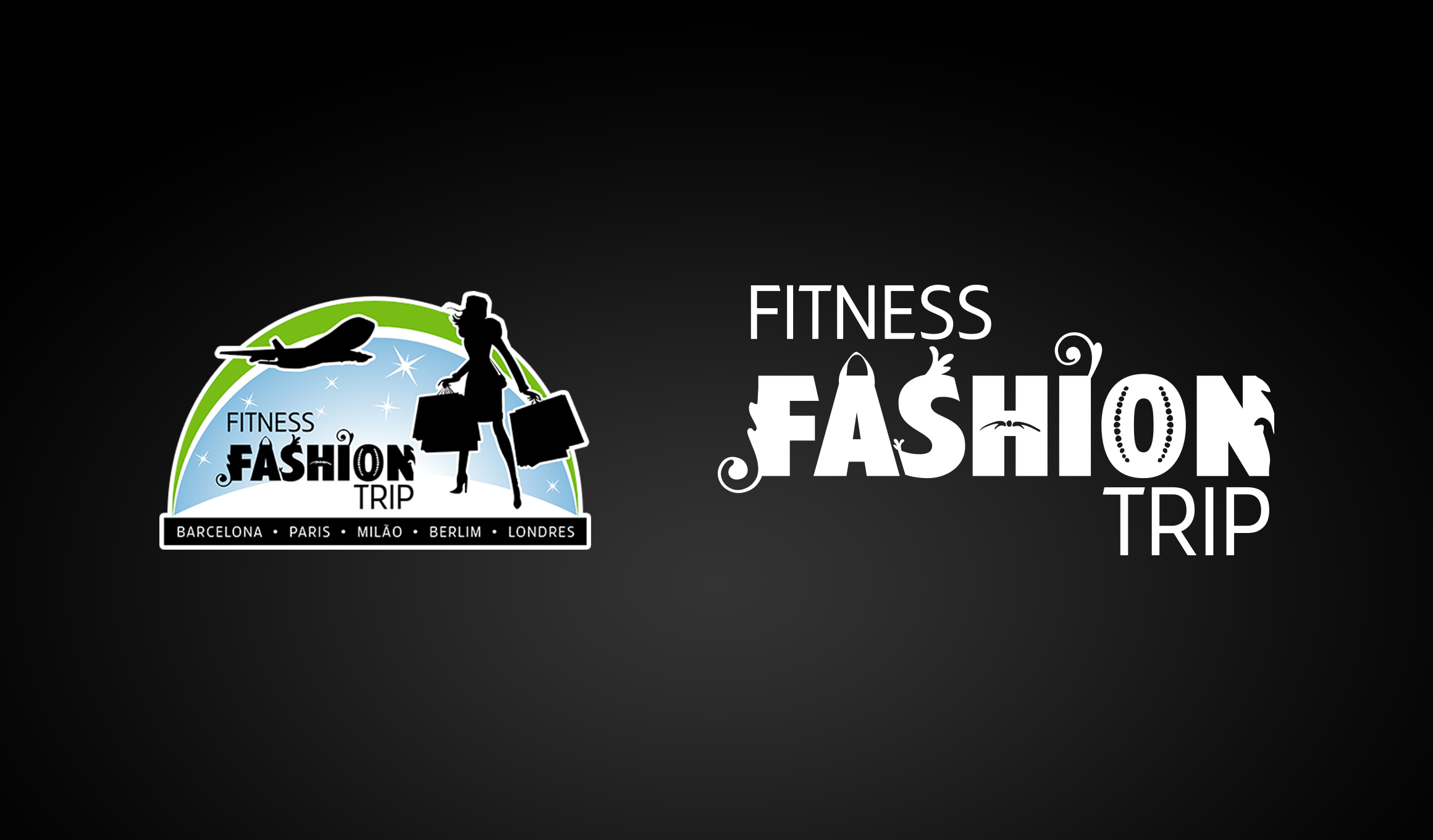