Record performances and mix them in professional video music clips. 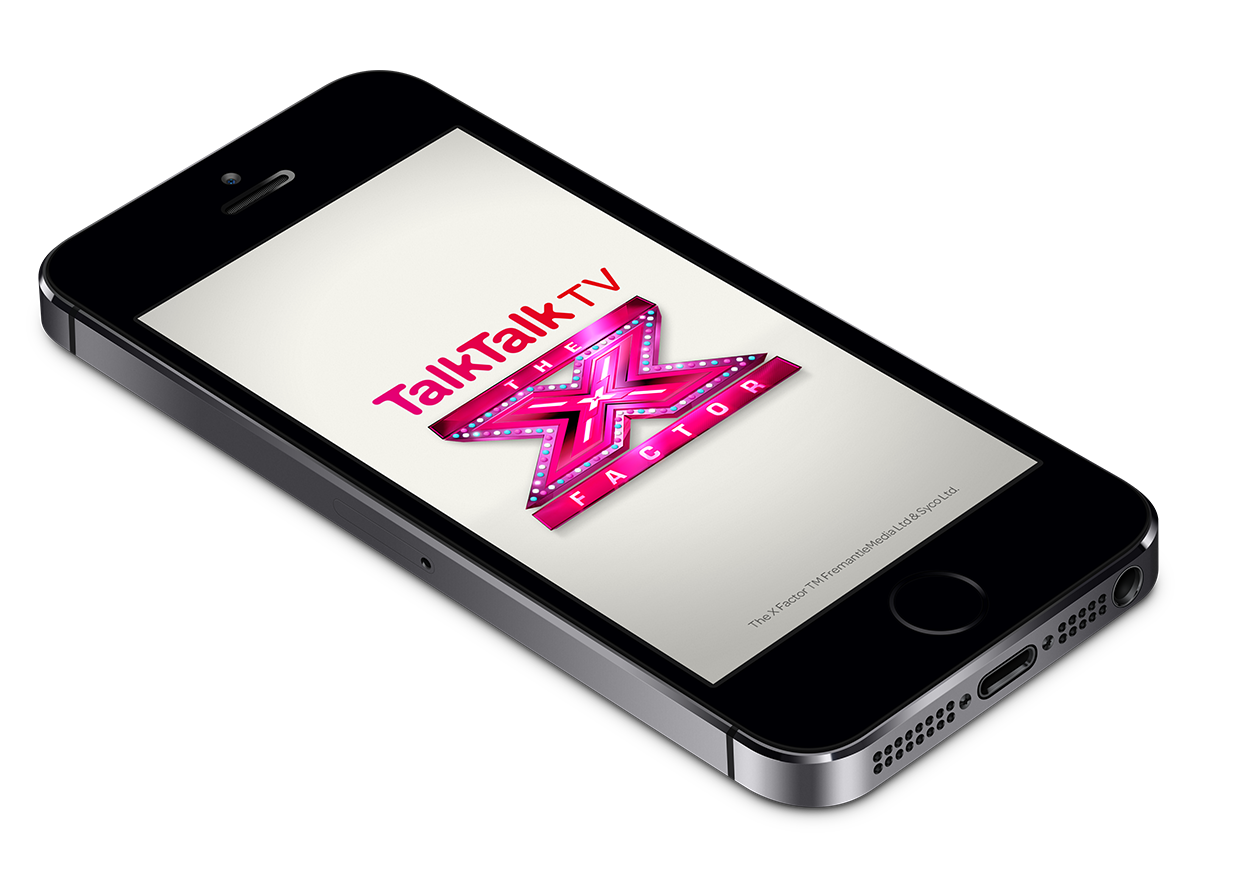 TalkTalk offers fixed and mobile telephony and broadband services to consumers under the TalkTalk brand.

This app allows users to record their videos with their smartphones which where then uploaded, masked and rendered in professionally looking video music clips. The videos were then shared and rated by the community and the best video every week would appear on the telly, during X-Factor intermissions.

Working with both X-Factor Guidelines and the on-going TalkTalk new ad concepts, many design routes were created to explore different visual approaches. In the end, a visual concept was created for the mobile app and its web version, that fully incorporates the recently launched new TalkTalk campaign visual elements, while keeping the interface fun, simple and intuitive. 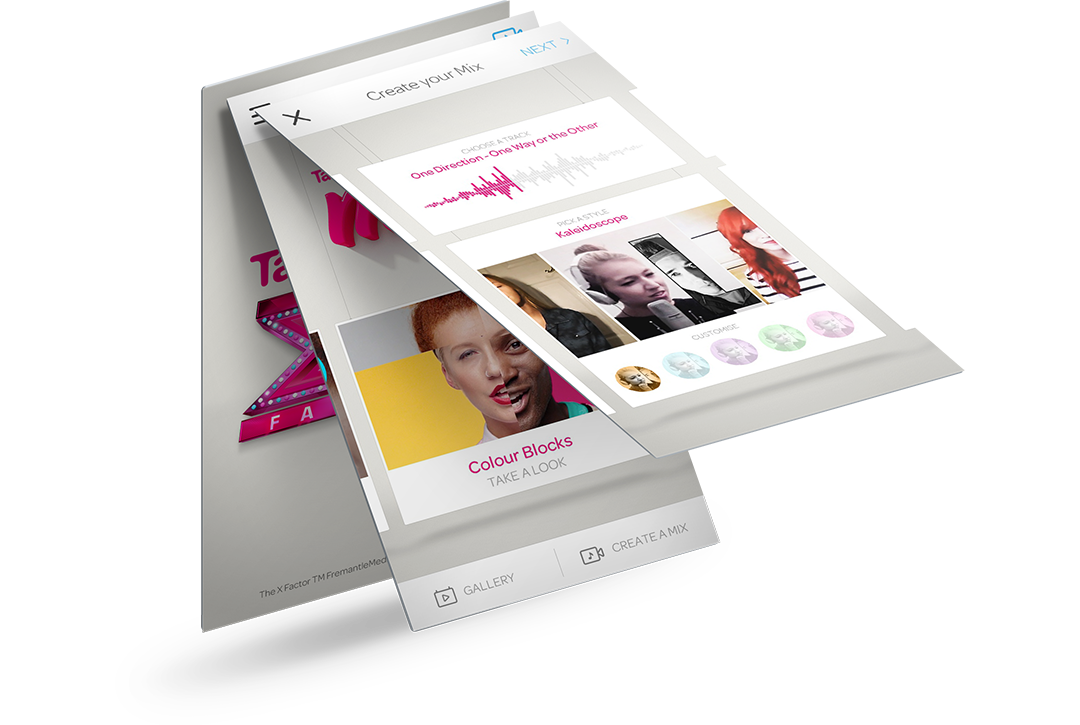 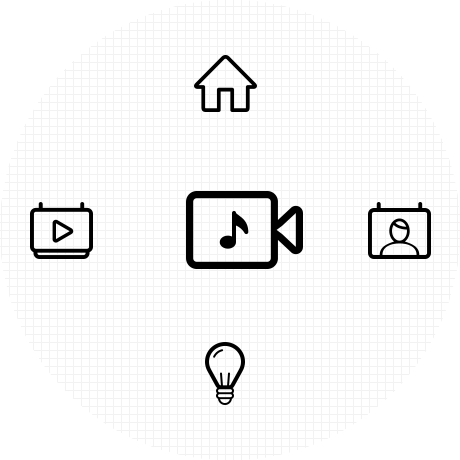 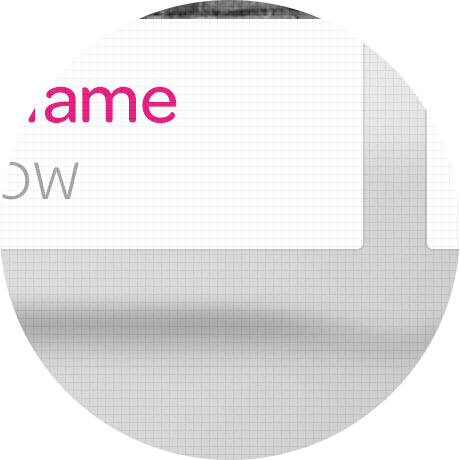 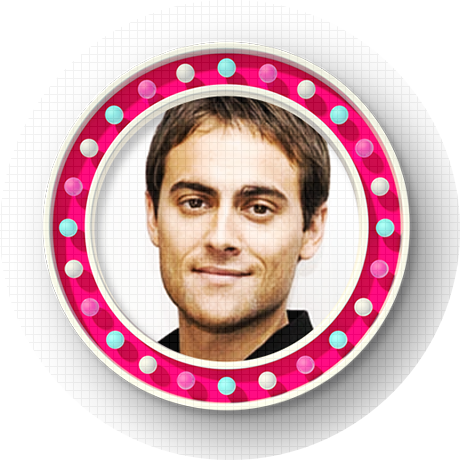 The layouts elements are in-sync with the "Pixar-inspired" brand campaign. 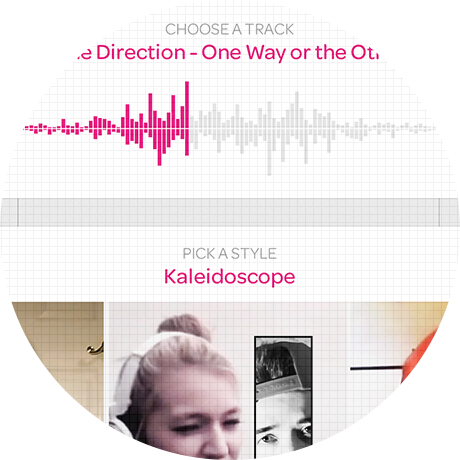 Dynamic selector for both audio tracks and video themes. 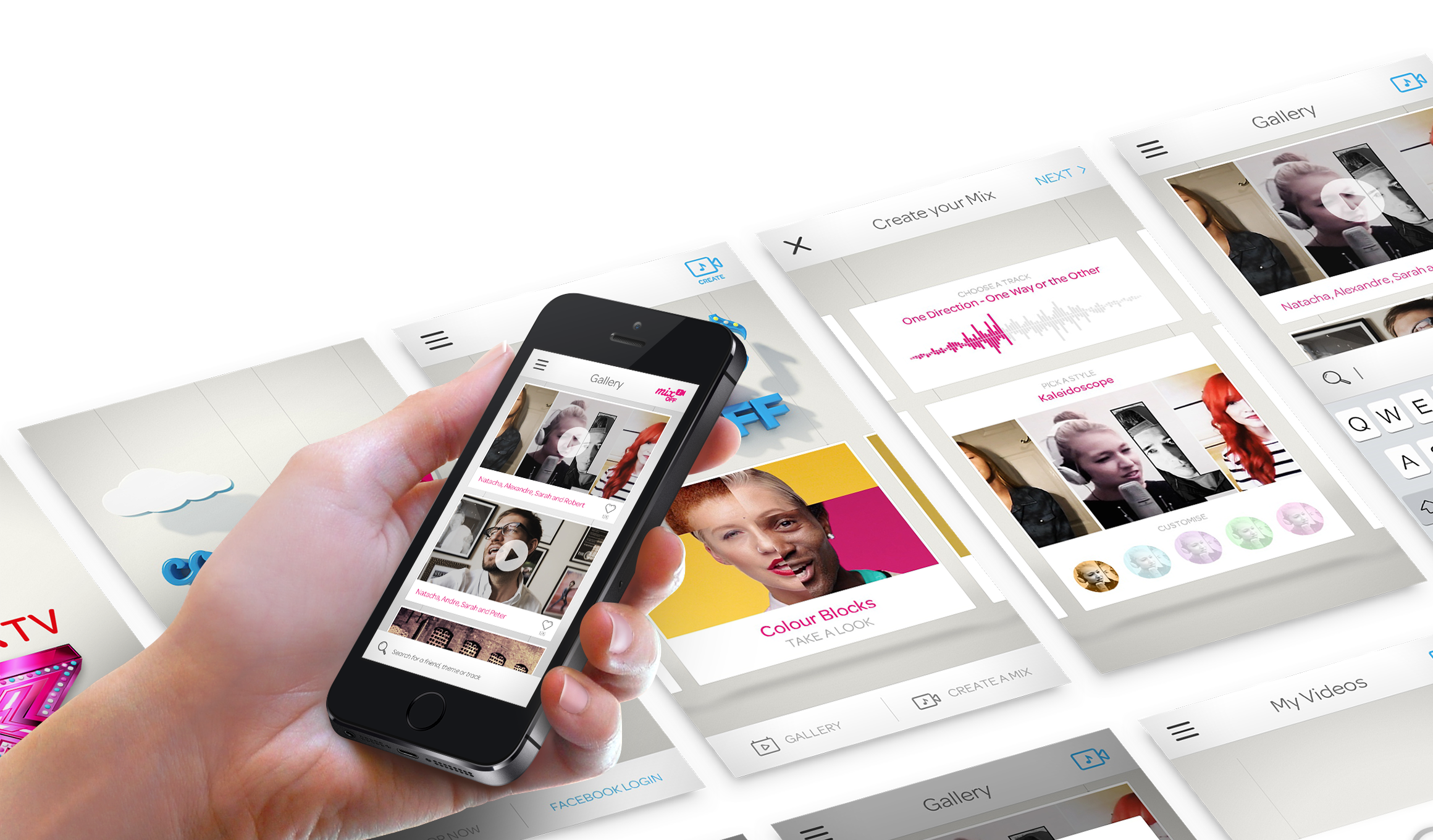 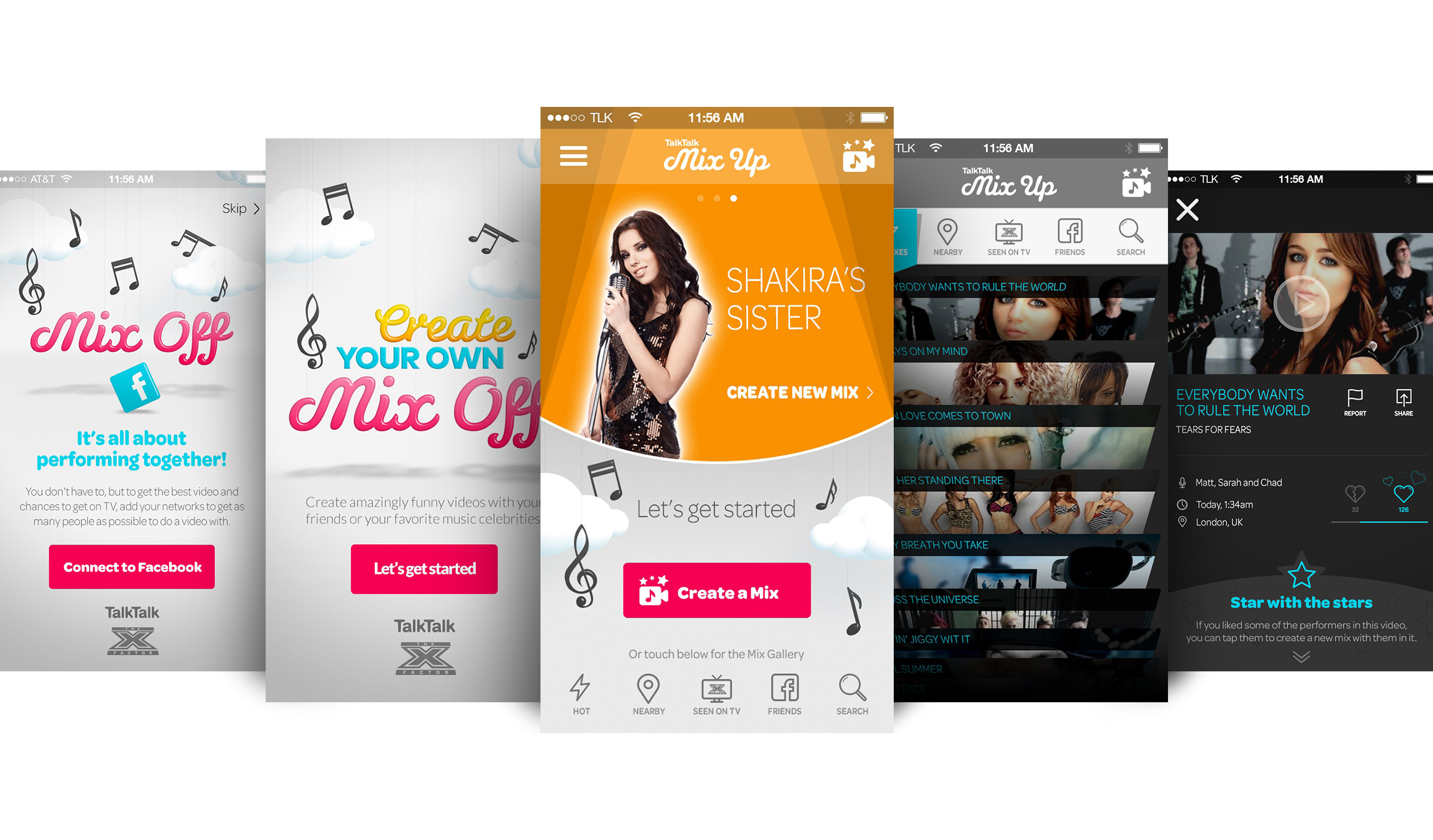 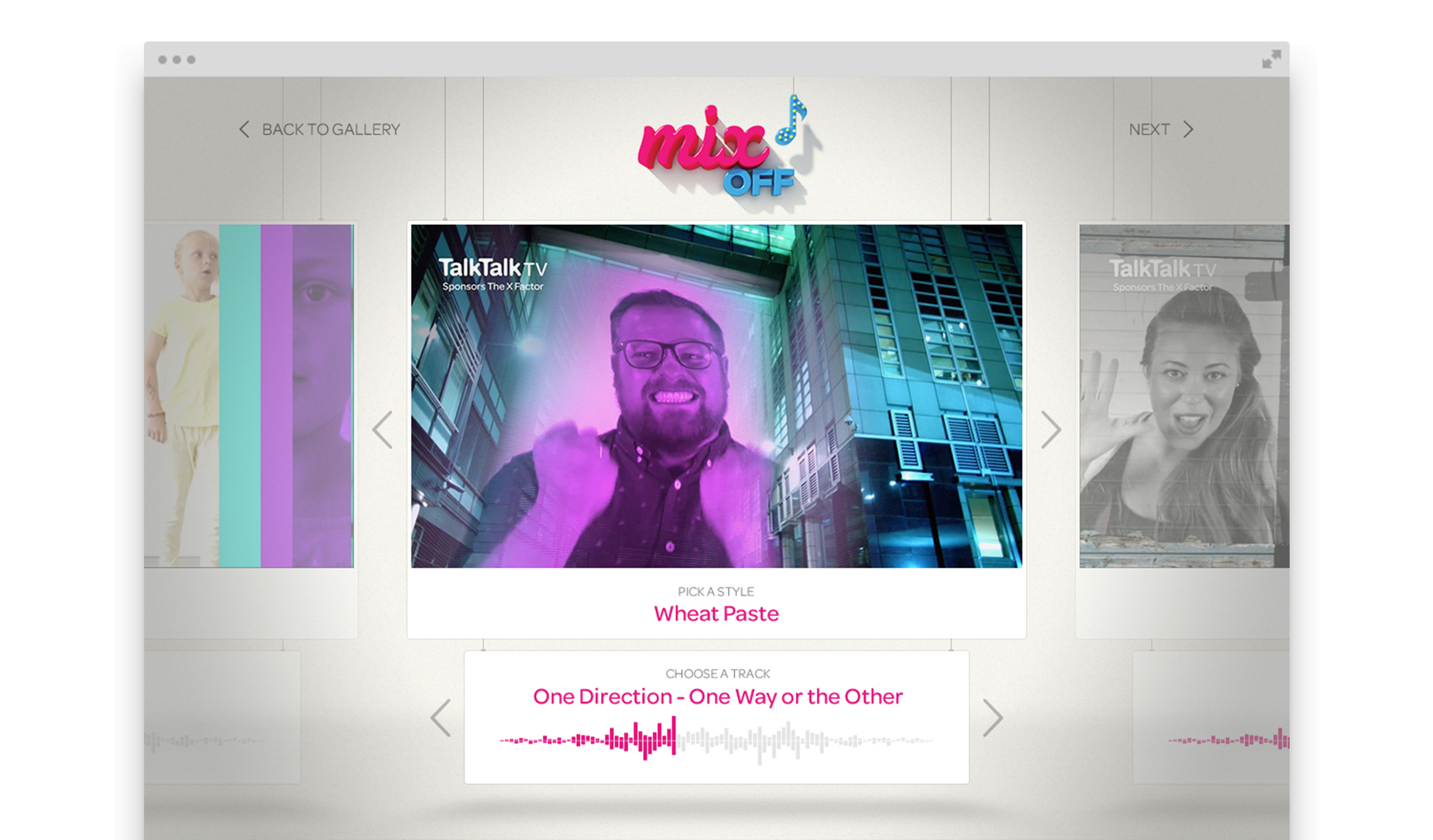